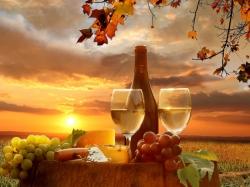 Taylor Tasting Tour's was founded in 2016 by a former healthcare executive and the previous owner of Seattle's best known group wine tour company from 2011-2016.
Don Ward. He is the most experienced Tour Guide in town, from leading wine tours for over 10 years where he has earned glowing Trip Advisor and Google reviews from guests and wineries alike. All from a combination of being very personable and using his wine knowledge, ( He  has these certifications, Sommelier, Advanced WSET and French Wine Scholar) to create a fun and informative experience for everyone.  Don, along with Seattle's most knowledgeable team of guides is proud to offer small private escorted tours that are the most, informative and fun in town. Each tour is individually personalized to your tastes and can be as close as downtown Seattle or Woodinville or anywhere throughout Washington and beyond. 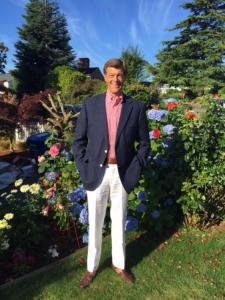 Don’s passion for wine began after college, when he moved into a small seaside town on the East Coast next to a wine shop. While working for a major airline’s marketing department, he had the opportunity to travel to Europe frequently with customers and lead tours as part of his job. Thus began his tour leading experience and entry into wine. He found the Europeans really knew how to live based on their love of wine and food. The seed was planted. With uncertainties in the airline industry after many years he decided to pursue a career in the healthcare field in medical devices and equipment. He eventually moved into advanced diagnostic testing systems in Cardiology and to Seattle from here it was an easy transition from cardiology to red wine. He then took his natural curiosity to the wine industry and set–up a wine tour business for a company 12 years ago with a partner. He then had the opportunity to purchase a well know group tour company 2011, Seattle’s first true wine tour company (vintage 2005), when the original owner approached them about a buy out. “He said wanted to sell to someone with a good reputation”. He did. He and a partner purchased the company in Seattle in 2011 and Don became the co owner. In early 2016 he sold his interests in that group tour company, after receiving glowing reviews on Trip Advisor and helping to earn it SIP magazines best wine tour company in the NW award in 2015. Not resting on his laurels he continues to take classes to enhance his knowledge of wine, as well as spirits and beer all at NW Wine academy where he has enjoyed courses for the last 7 years plus. He has just recently earned his level I sommelier’s certificate, an Advanced WSET and has also been certified as a "French Wine Scholar"  with" honors" which allows him to teach. He jokingly says he is studying to be a wine snob, but will never get there. His new wine tour company, has the benefit of his education and devotion to making the wine tour experience, both informative and fun. He says he is not a wine expert, his professors at NW Wine Academy, such as Reggie and Lenny and or some of the master sommeliers he has met are the real experts. He feels that the wine knowledge is very helpful for assisting clients in determining why they like what they like and in pairing foods and wines, to this end he has taken 5 courses in Food and Wine pairing alone. He thinks the pretense and snobbery are uncalled for in the business. He thinks a down to earth approach is more helpful and more fun and it is more his style anyway. Wine is to be enjoyed.  So Let's Enjoy it!

Gus as he is known is a full time School teacher ,who also happens be a very knowledgable wine guide
with an Advanced WSET and a French Wine Scholar certifications to his credit.
It's what you would expect of a school teacher.  This makes him a wonderfully informative and entertaining wine guide. 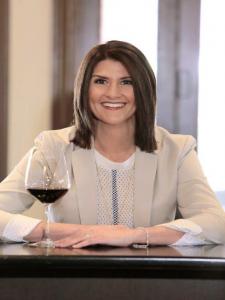 Has many years of experience in the wine industry and was named one of the "North West Woman Stars of wine".

1. She is also one of the very few selected to be a judge for the" Seattle Wine Awards"
2. She is a cerfified sommelier
3. She has a WSET level 3  ( Advanced) and is studying for her Diploma  ( level IIII).
4. Certified wine expert 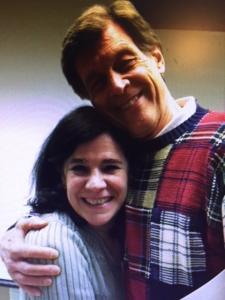 I am so thrilled to have my friend and former wine professor Reggie collaborating with us on tours and educational events.
She has the most amazing nose and palette I have seen and is one of the top wine authorites in Seattle.
She is resonsible for much of my wine education. I would not be a" French Wine Scholar "if it were not for her.
Here is her amazing BIO:

P.S. The picture is us on her last day of her last class at NW Wine academy

Kaori Comes to us from Japan,.
She has taken several of my tours as client and also attended NW Wine Academy
She has  several certifications in wine as well as expereince in representing wineries.
She also has a WSET certfication in Sake.
She has worked with us for few years as a guide and interperter.
What a delight she is. 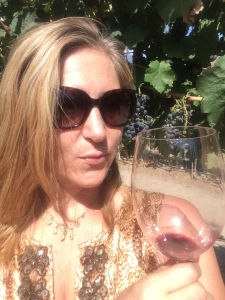 Eleanor has a diverse background -  from working in restaurants, to theatre production career and to meeting planning. Between pouring wines for guests - to being wined and dined - to travelling through Italy, she yearned to learn more about wine.    She returned to school and studied wine at the Northwest Wine Academy earning  degrees in Food and Wine Pairing & Wine Marketing and Sales.  She has worked for American Cruise Lines as an onboard wine educator, in event management for Wine World & Spirits and the Northwest Wine Academy.  And has poured wine for many tasting rooms. Her favorite part of wine is its relationship to food – she views wine as the final sauce for your dish that elevates your dining experience

While at Northwest Wine Academy, Don Ward recruited Eleanor to be his first guide for the group tour company.  Both Don and Eleanor have the same approach to hospitality and pride themselves in giving their clients the best service possible, by individualizing each tour.  When Don started Taylor Tasting Tours, she found only natural to follow him into his new company. They enjoy tasting wine together and exploring new restaurants in the Seattle area.

She has cultivated relationships with many winemakers and tasting room staff throughout Washington, visits the vineyards and is constantly learning and tasting.